Recently, I stood in a security line at J.F.K. Airport in New York. I was preparing for the usual screening drill – show my license, put bags on the conveyor, etc. – when I noticed something.

A group of TSA workers were standing off to the side in a small circle, listening to what appeared to be a manager speaking.

Then I realized it was a shift meeting.

Now, this mundane event happens everywhere in retail stores, restaurants, construction sites, factories, hospitals, police stations and airports. Shift meetings are so deeply ingrained in our work experience that we don’t even think about them. Yet they can be the primary way that most employees stay informed about their companies and jobs on a day-to-day basis.

The U.S. Bureau of Labor Statistics has plenty of interesting data about when people work and what they do. The government doesn’t track how many people are working defined shifts, but here’s one chart that says a lot about the modern American employee. 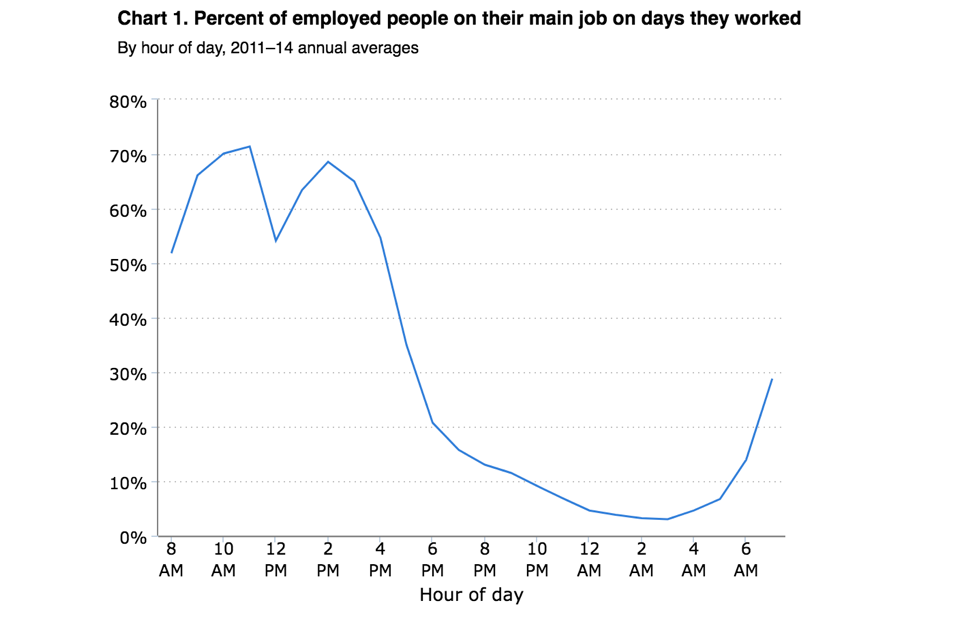 The takeaway is that people are working at all hours – covering three shifts every day. And those shifts usually begin with some sort of meeting. A manager stands in front of employees and passes on instructions from the organization such as priorities, safety issues, customer objectives.

Then it’s up to the workers to remember what was said and apply it to their jobs.

But as I watched those TSA employees, I kept thinking: Are you kidding me? It’s 2018! Is this the best you can do when it comes to conveying information that helps employees do their jobs?

Now, for the record, the TSA does great work keeping all of us safe. This just happened to be a public example of what happens on many jobs, for many workers, three times a day.

But it’s worth asking: Just how informed is any employee after a typical shift meeting?

The problem is that it’s not enough to just lecture at people. Whatever that manager was saying, I promise you that little was remembered by the workers over the next eight or so hours.

There’s a wealth of research about the limits of short-term memory. Cognitive scientists have found that in classroom lectures, information comes too fast at students and soon is forgotten. In fact, just 5 percent of information is retained over the long term when delivered solely in a lecture format. (You can read more analysis about how people learn here and here.)

The key for retaining information, researchers say, is to turn “passive” learning into “interactive” learning. In the workplace, an Employee Communication and Engagement (ECE) Platform can do exactly that.

Think how much more impactful a shift meeting would be if it were recorded on video and employees could re-watch the parts they need later to refresh their memories. It could also be accompanied with digital notes that highlight the key points of emphasis for the shift. And the information would be available to all workers right after the meeting – on their mobile devices for review at their convenience. Flipped classroom innovation meets employee experience.

An ECE Platform is the enabling technology for better and more engaging shift meetings.

The quality of the shift meeting would be vastly improved without increasing the workload for the manager. The meeting could be captured on video using a smartphone. The digital notes could be the information given to the manager to pass on verbally to the workers. The platform would delegate permission to the shift manager to deliver the video and notes to all of the shift workers – and only that shift (set up automatically via real-time integration with the HR Information Systems). Employees could even post questions, comments and reactions if they thought of something after the shift meeting and wanted clarification.

Employees would feel more informed and more equipped to be successful in their work. Managers wouldn’t spend the shift repeating and reminding workers about what they forgot from the earlier meeting. 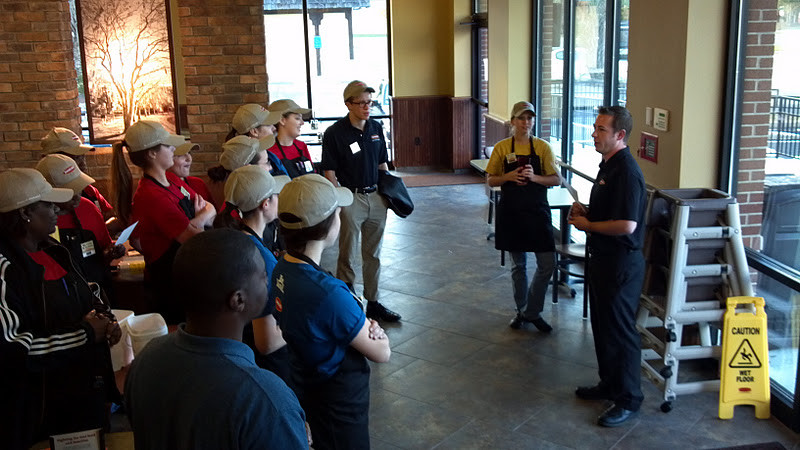 At a time when the vast majority of employees are working shifts, it’s time to flip the shift meeting to make it more effective and an ECE Platform enables managers to boost productivity through better shift meetings. It’s simply a better, modern way to engage shift workers. And it’s something all employees and managers should expect.

Please talk back – what are you doing today to keep shifts informed? Have you ever eavesdropped on a shift meeting and wondered why we’re still doing them this way? Is someone doing them better?

How Employee Marketing Impacts Your Workforce

G.I. Sanders is Senior Director, Creative Services at Dynamic Signal. He specializes in entrepreneurship, digital and social media, design, and marketing. G.I. is based in Dallas, TX with his wife and two sons. Passions include technology, startups, music, fitness and sports.